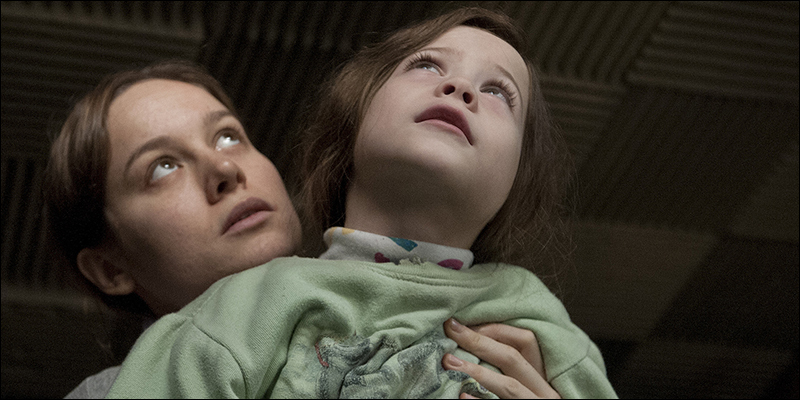 As child performances go, 2015 will go down as a strong year, and young Jacob Tremblay’s performance in Lenny Abrahamson’s ROOM plays a very big part in that (although amazingly there was one better – see Abraham Attah’s unforgettable turn in BEASTS OF NO NATION).

Tremblay is Jack, the five year-old product of his Ma’s (Brie Larson) captivity at the hands of ‘Old Nick’ (Sean Bridgers). For his entire life, the boy and his mother have been confined to an inescapable room the size of a prison cell, with nothing but a small skylight and occasional ‘visits’ from their awful captor offering any hint of a world beyond. Ma has kept the miserable reality from Jack, until she begins to see a loosening in Old Nick’s behavior, and suddenly finds the boy crucial to their one chance for escape.

In Hollywood terms this is grim stuff, but Abrahamson is firing on all cylinders with ROOM, not only drawing a fine performances from Larson and Tremblay (itself a massive task for a director when so much of the film is on the child’s shoulders), but also in tempering the dark reality with Jack’s sense of wonder – which is harder than it sounds. Together with cinematographer Danny Cohen, Abrahamson also manages to keep the claustrophobic setting interesting, and one protracted escape attempt genuinely tense.

At its best, Emma Donoghue’s screenplay (from her own novel, which I’ve not read) impresses most with its clever reveals of the young boy’s perspective; we’re often reminded that his ‘normal’ is wholly different to ours. Nearly all of these are enjoyably subtle, yet there are some stumbles - at least one critical juncture ROOM feels a little too neat; other times, the emotional button pushing can feel a little too much.

Overall though, this makes for a fine, almost refreshing Hollywood drama (although the awards gushing might be reduced to a trickle if a few more people had seen 2014’s SIDDARTH) which will break out Abrahamason as a major director, set up Tremblay for a lifelong acting career (should he choose it), and finally expose to many the strength of talent that Larson’s fans have always known that she’s had all along.

ROOM is released January 15 in the UK, January 22 in the US and January 28 in Australia.