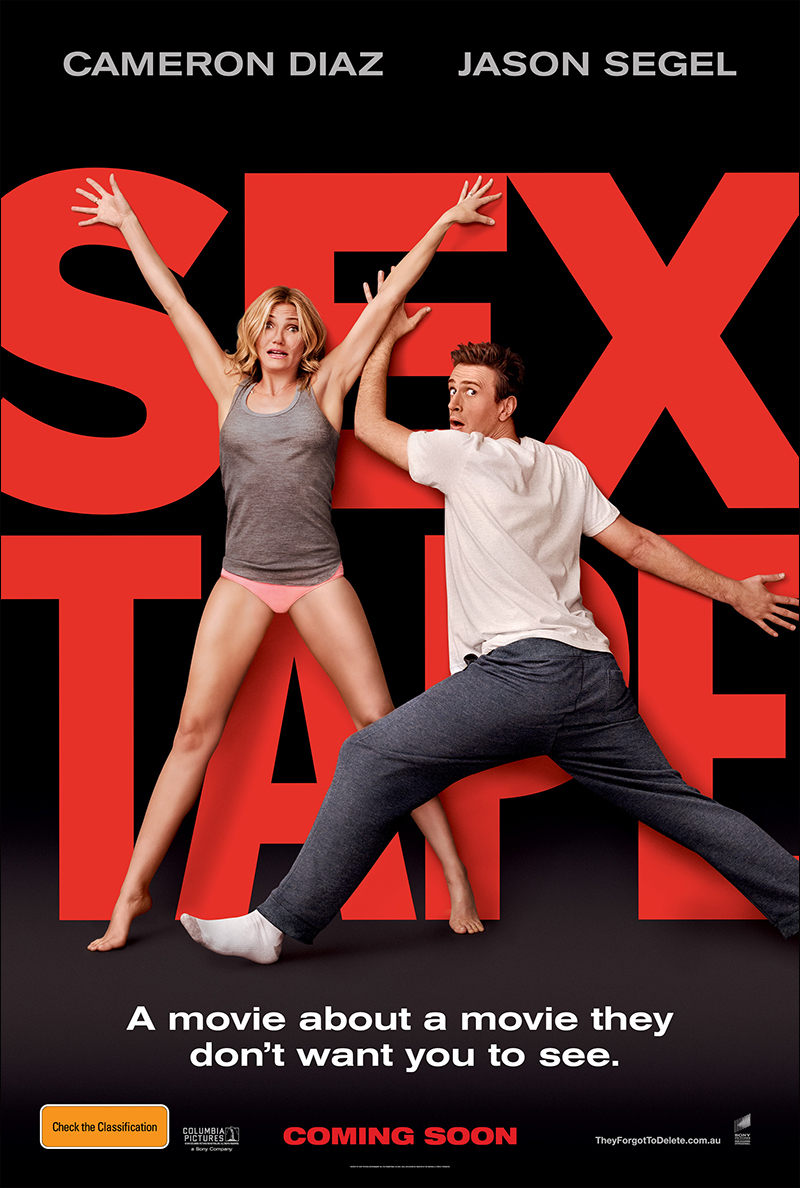 This is the first poster for Sony Pictures' forthcoming comedy SEX TAPE. This is the first I've heard of the movie, and I have no idea if it's going to be any good or not (directed by Jake Kasdan who did ZERO EFFECT and THE TV SET, so fingers crossed), but that isn't my qualm.

I've no problem with Cameron Diaz being in a state of partial undress - that's part of the movie's premise and part of the central joke on which they're trying to sell the film.

But why is Jason Segel fully clothed?

a) He's no stranger to going tackle out (not that he needed to go the full monty for the poster anyway).

b) A man in only socks and underpants is the funniest of all clothing combinations - that's science.

c) It just looks weird and contrary to the aims of the film to have him in anything more than his durps.