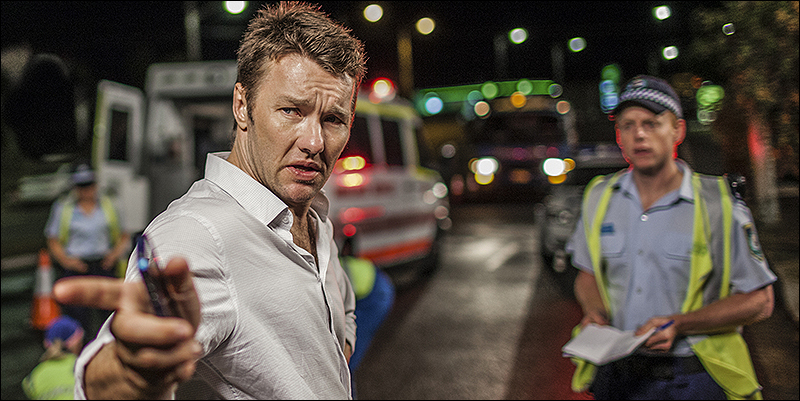 After being shot in the Kevlar while on duty, police officer Mal Toohey (Joel Edgerton) and his team celebrate that evening with beers at the pub. Whilst driving home mildly drunk, he knocks a boy off of his bike. At the scene of the accident, Detective Carl Summer (Tom Wilkinson) arranges to cover up the truth of the incident, which arouses the suspicion of Summer’s new junior partner Jim Melic (Jai Courtney).

FELONY is the second feature from Australian director Matthew Saville, who made 2007's NOISE. It apparently began life as a short film, and it shows. Written by Edgerton, the low-key approach (accented by Mark Wareham’s sleek, economical cinematography) initially serves the story well, but then - a couple meaty scenes from Wilkinson aside - it never really builds to much, before resolving itself too neatly.

Despite strong performances throughout and that solid, functional, professional look, there’s a niggling lack of audacity behind the camera that leaves FELONY feeling ever so slightly underwhelming - not bad at all, just underwhelming; had Saville and Edgerton been that bit bolder and more ambitious dramatically, FELONY could have struck greatness. As it is, it feels like a good telemovie that lucked into theatrical distribution.

FELONY is released August 28 in Australia, and October 17 in the US.