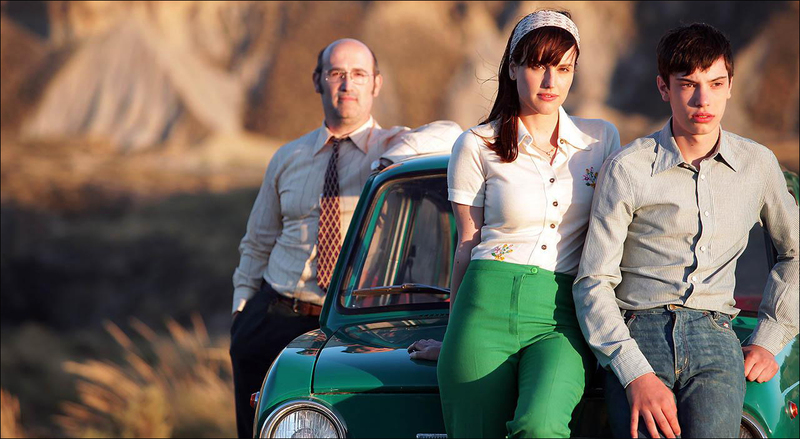 Australia’s Spanish Film Festival kicks off another strong and eclectic season with what may be the lightest and most accessible of the programme, David Trueba’s multi Goya-winning LIVING IS EASY WITH EYES CLOSED.

It’s 1966, and Beatlemaniac English teacher Antonio, who uses the band’s lyrics in his classroom, has learned that John Lennon is in Almeria starring in HOW I WON THE WAR, and sets out on the nearly impossible journey to meet one of the most famous people alive. Driving along the southern coast of Franco’s Spain to the film’s location set, he picks up two hitchhiking teenage runaways – unwed mother-to-be Belén, and sensitive soul Juanjo. Sure enough, along the way each of the three have things to learn from the other two.

Trueba’s touch as a director is so slight you might be mistaken for thinking this is an airy, superficial exercise without any real modern relevance, but with patience his film's weight and validity gently snowballs; and the lack of subtextual sledgehammering is refreshing.

LIVING IS EASY WITH EYES CLOSED is released in Australia as part of the Spanish Film Festival in Sydney, Melbourne, Brisbane, Canberra, Adelaide, Perth and Byron Bay. Full programme and dates can be found here.