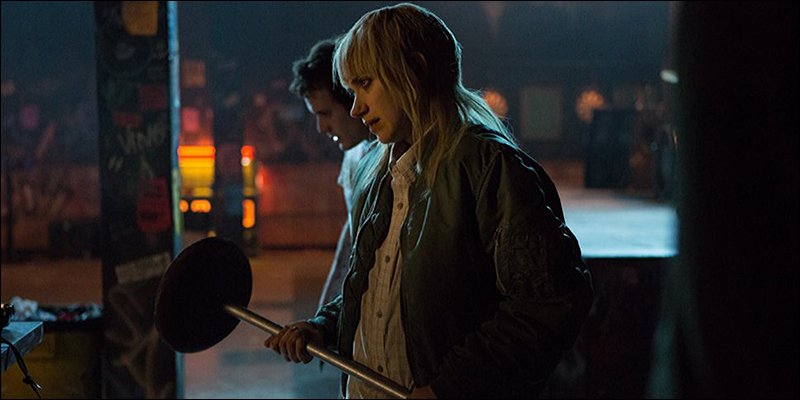 Writer/director Jeremy Saulnier (who last made the amazing BLUE RUIN) packs plenty of grit and tension into his third feature, a claustrophobic 90 minute seige thriller. Left wing punk band The Ain't Rights witness a murder backstage at a skinhead club, and are soon trapped in the titular space, fighting for their lives. Sounds a bit silly, but Saulnier economically crafts well-rounded characters on both sides to make credible decisions amidst the chaos, while constantly shifting the upper hand between the two camps, to often nail-biting effect.

Not that you'd know it from the utterly piss-poor marketing campaign from this film's Australian distributors (a single, solitary poster in each participating cinema), GREEN ROOM is in cinemas from May 26, but probably won't stay long.